Dodgy Tunnel: Dodge This Tunnel At All Costs – Review

Most arcade games try to hook you in with a fast-paced and quick-reflex premise, but Dodgy Tunnel attempts to hook you in with the exact opposite, and it suffers as a result. With a botched progression system, drawn-out yet confusing gameplay, and tedious and out-of-place music, Dodgy Tunnel is a game that leaves you feeling somehow worse than you did before you downloaded the game.

A general session through the game works as follows: using your finger, you grab the balloon and hold on to him at all times as you slowly fall through a tunnel of various obstacles, but while the balloon is the vulnerable object here (if it touches anything, it pops and you lose), the rock that weighs it down seems to be the prominent component of the balloon? If that’s confusing at all, it should be, because the game never really does a good job of explaining the purpose of either the balloon or the rock. While the rock can touch anything without penalty, the rock is moving at the whim of the balloon, and only the rock can collect diamonds, Dodgy Tunnel’s primary currency. The balloon, on the other hand, cannot collect diamonds, but touching anything else will cause it to pop, resulting in a game over. It seems strange that the developer implemented these mechanics to work in this specific way, as they seem counter-intuitive to each other, especially considering there’s no clear explanation to the player as to why or how they work. 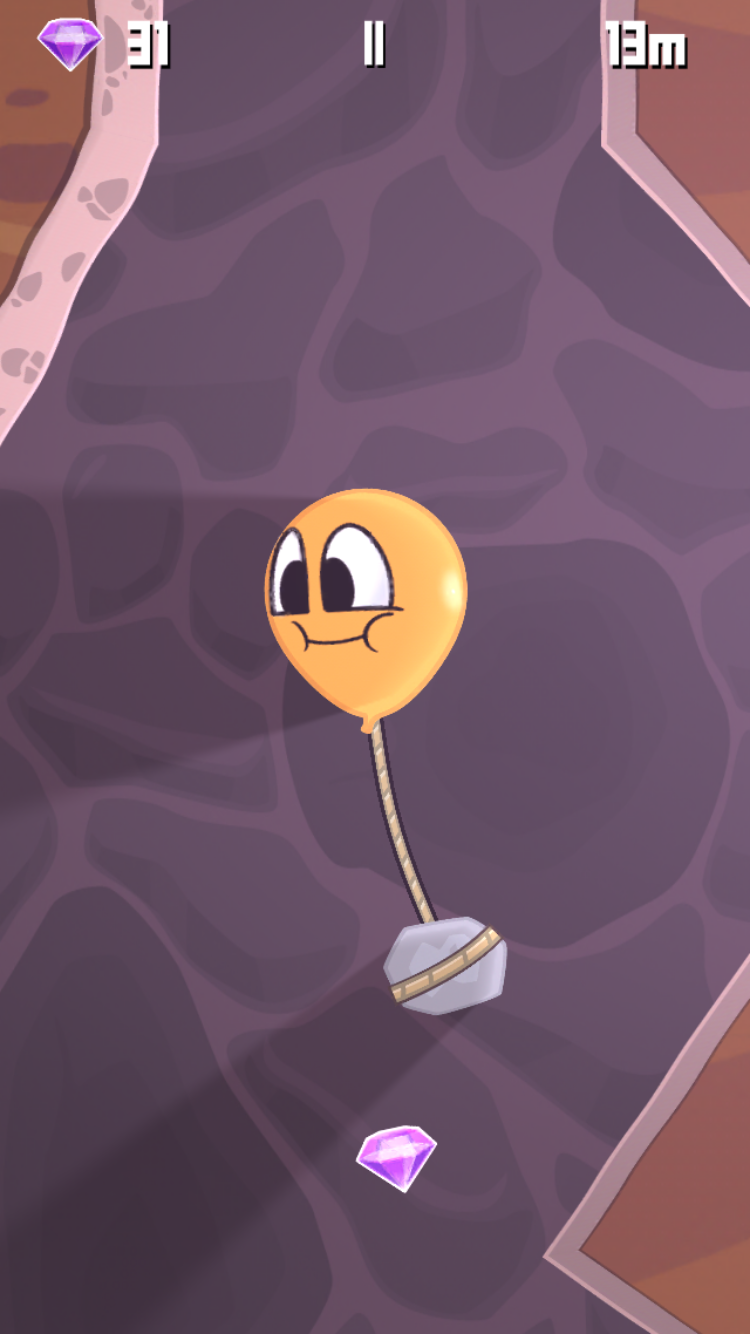 The upgrade system was probably the most poorly executed component of this game, and that’s especially disappointing since I personally love upgrade trees and the like. There are less than 10 upgrades to choose from in total, and upgrades range from aesthetic changes to fundamental improvements when it comes to talk about how they affect the game.

Considering the upgrade costs were so cheap (each less than 100 diamonds, and a free gift gives you just about 20 diamonds every time), I might have been able to look past the small amount of upgrades, but after my first couple of purchases, I found out that each upgrade is non-permanent. In other words, buying an upgrade only enables it for the next gameplay session, but after that, you’ll have to buy the upgrade again, at the same price. It’s certainly a baffling design decision; I can’t see how repeatedly buying upgrades is fun to do, and it certainly takes away any idea of a progression system for the game. 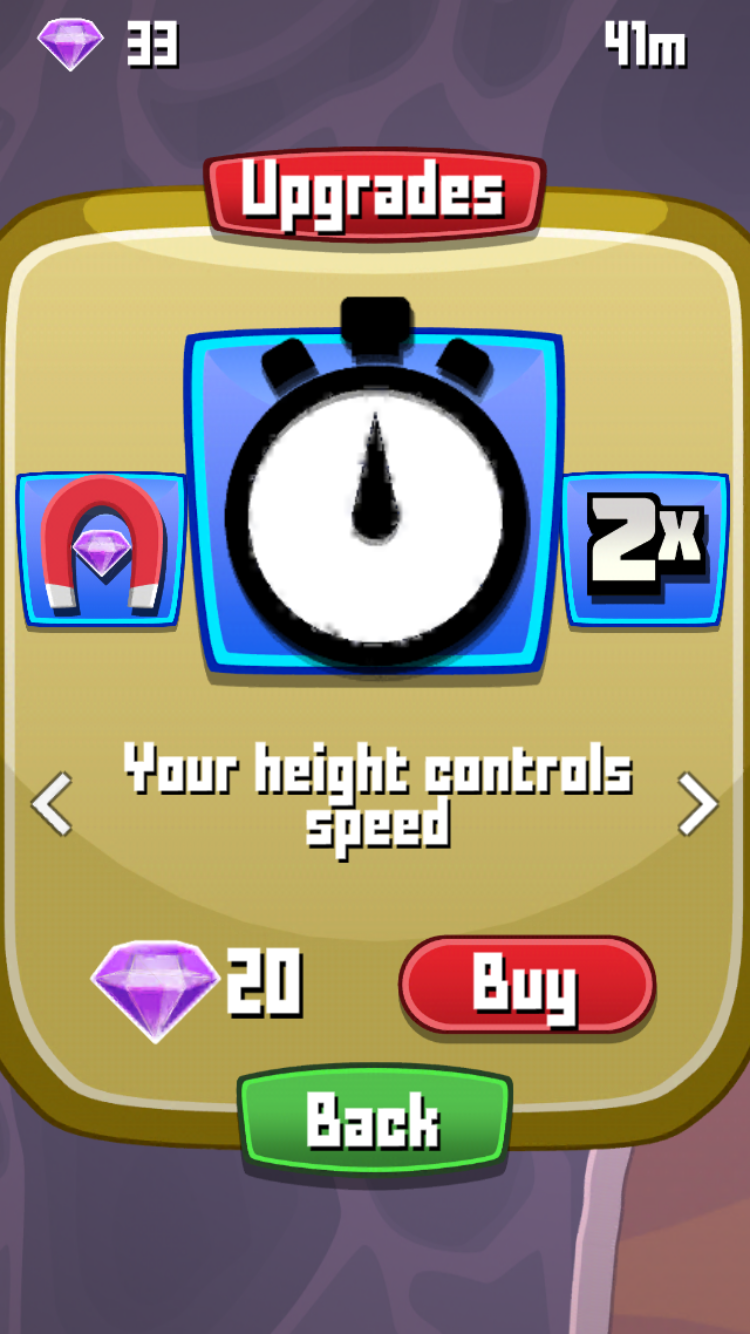 The music is also worth mentioning, mainly for the prominent fact that it’s entirely forgettable and generic. I keep thinking I’ve heard the music somewhere before too (which typically isn’t a good sign) but every time I come back to write this review, I forget what the tune was, which either demonstrates how forgetful the music is or that I have a really bad memory. It could be both?

Unfortunately, the take-away from Dodgy Tunnel isn’t its generic name, its forgettable music, or its incoherent gameplay mechanics, but rather the fact that this game attempts to innovate in all the wrong ways. With an upgrade system that makes little sense and a fundamentally shaky and overly complex control scheme, Dodgy Tunnel truly proves that some things are better just left alone.

A budding university student who also happens to be a gamer, student, scribbler, and optimist. I talk about lots of things and I have opinions about everything. It’s nice to meet you!
@Asphelos
Previous Flyt: Hovering when it could have soared – Review
Next Pandora’s Books