Final Taptasy does something interesting right from the start; it’s an affectionate parody of Final Fantasy games and its JRPG brethren while also embracing the best of the clicker genre, and it succeeds admirably as both a clicker game and an RPG game as a result.

Of course, it’s still a clicker game through and through. I feel like there’s a certain stigma about clicker games in the community, which is something I briefly discussed in my review of Eggs, Inc.

Just like Egg, Inc though, Final Taptasy does a great job of subverting as many cliches as it can in such a short time, creating a surprisingly polishing and engaging experience for a clicker.

One of the first things you might notice in Final Taptasy is its exceptionally smooth interface and UI design: the menus are wonderfully animated while the town hub is beautifully varied and brightly stand out with a clean graphical style. It’s rare to see this kind of visual polish for any game out there on the market today, so to see a mobile game be so fresh and exciting really helps it stands out as a game I want to keep coming back to, because regardless of how it plays, an exceptional visual style really makes a game a joy to experience, which is something you want every game that you play to be. Luckily, we can add gameplay to the list of things that are a joy to experience in Final Taptasy. 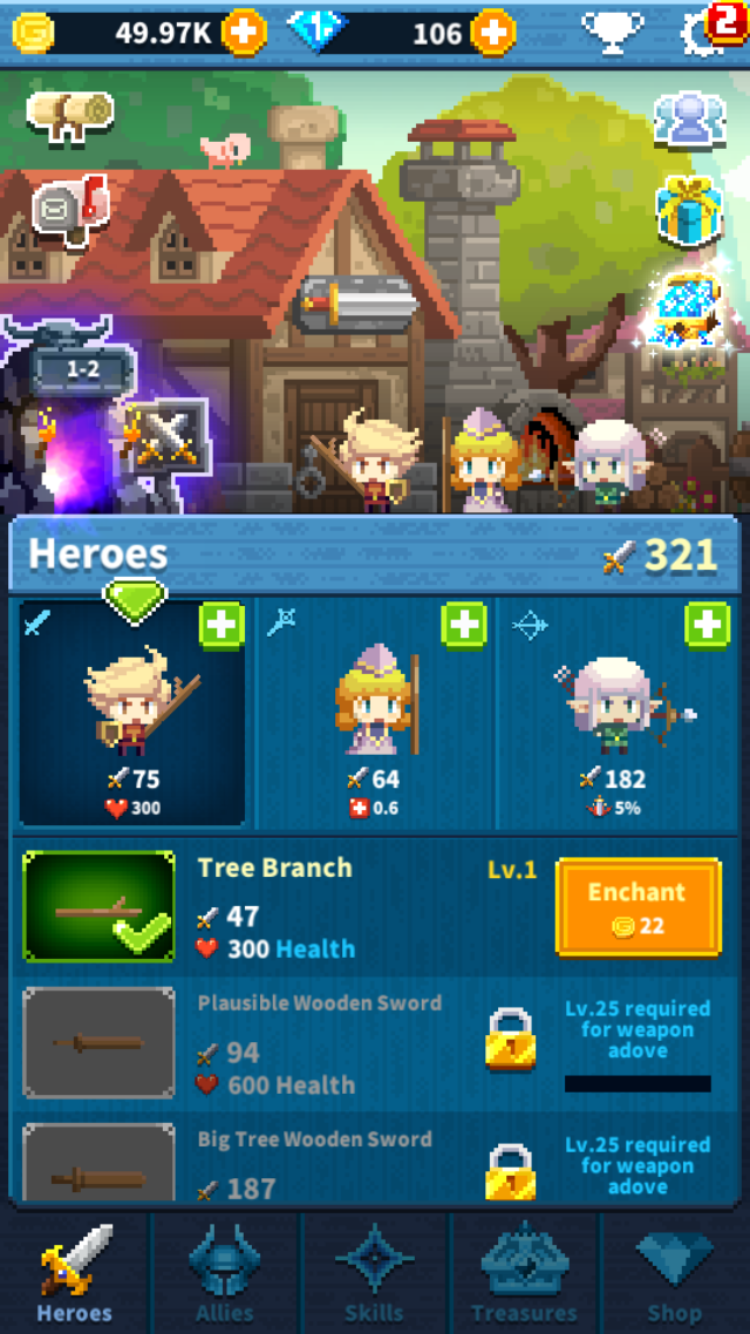 Now, the gameplay itself isn’t exceptional at its absolute core; your team of heroes is progressing through stages aided by your furious clicking, and each enemy is whittled down until you reach the boss, whom upon beating will clear the stage. Occasionally, a treasure chest will pop out of an enemy which you can tap to collect, but aside from the occasional skill you’ll use, that’s basically it. A story exists, but it’s largely barebones; an acceptable fact considering that its main purpose is to tie the different stages together with a simple premise that affectionately parodies the “damsel in distress” trope. It’s all just there to kickstart the events of the game, and you’ll forget about it not too long after.

The captivating part about the gameplay, though, is just how well done it is. Every aspect of the game is just a ton of fun to play as you blast through stages and gradually clear dungeons, no doubt due in part to the fact that everything is incredibly polished. Think of Final Taptasy as an extremely well-oiled car, for example. No matter which way you look at it, it’s still a car. The thing is, though, that baby’s going to purr beautifully once you start that engine and drive. It might be just a car, but it’s a great car, and that’s how I feel about Final Taptasy. 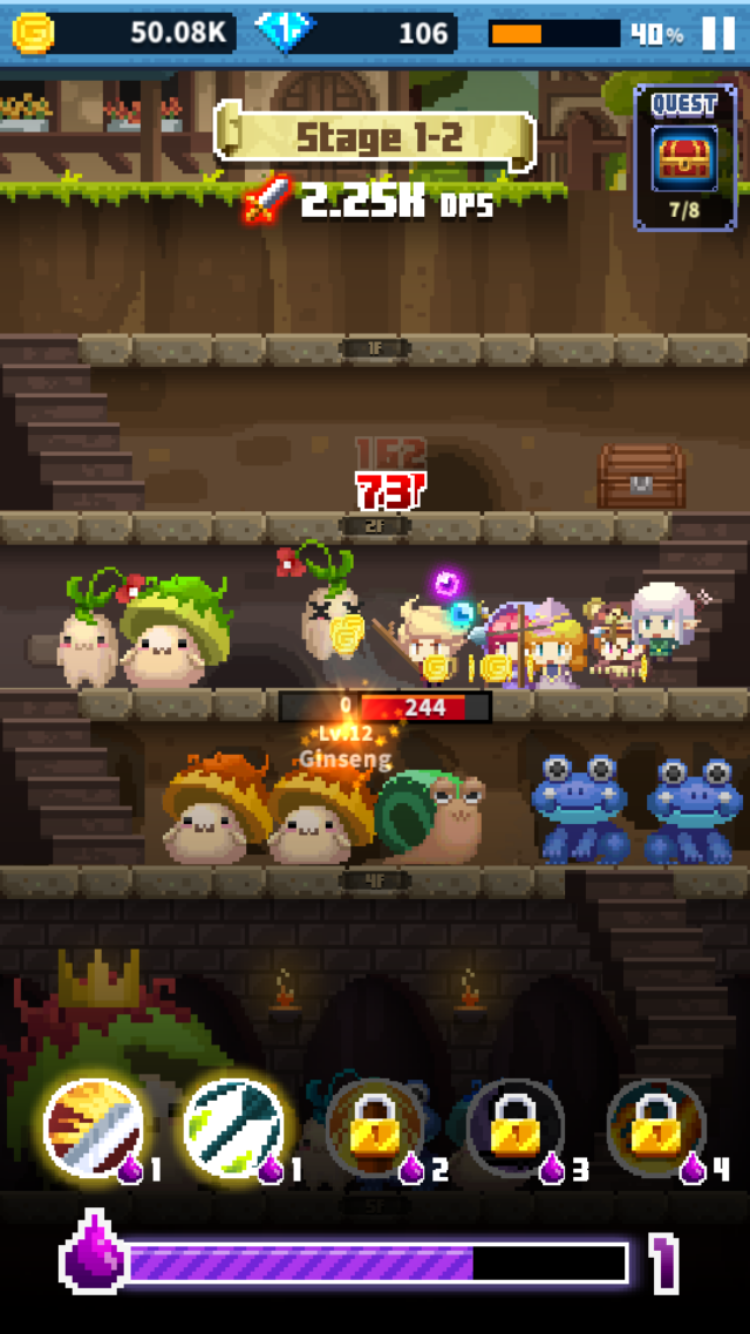 One of the surprising things that Final Taptasy still managed to throw at me was how much of a perfect fit the clicker genre is as a JRPG. The constant upgrading works well in a JRPG context, and Final Taptasy provides you with upgradeable sidekicks and weapons that will definitely aid you on your quest to save the princess (spoiler: she’s always in a different dungeon). As a guy who really loves his good share of JRPGs, this game managed to keep me hooked just by its setting and JRPG-styled clicker mechanics alone, which is truly a testament to how well Final Taptasy affectionately pays homage to the JRPG genre. (Either that or I’m just a sucker for JRPGs.)

Final Taptasy surprised me with extremely well-done gameplay mechanics that manages to take everything a clicker game is about and successfully adapts those fundamentals into a JRPG setting. Defeating enemies and upgrading your heroes, skills, weapons, and sidekicks is a simple yet satisfying gameplay loop that manages to continuously keep you engaged as your team of heroes try to save the princess of their kingdom. Even if they may never end up saving her, I think that in this case, the journey is much more important (and fun!) than the destination.

A budding university student who also happens to be a gamer, student, scribbler, and optimist. I talk about lots of things and I have opinions about everything. It’s nice to meet you!
@Asphelos
Previous Magic Mansion : more of a hop than a jump – iOS Game Review
Next Neon Dream Z-Z-Z : Nightmare in Dreamland – iOS Game Review

Everclick is a great little clicker game by Kingisle Entertainment.

Audiosurf was all the rage back in 2008. It was a crazy rhythm game that …