Ever since the overwhelming success of Crossy Road, we’ve been getting a lot of “adverb noun” games that have tried to replicate a fraction of the success of Crossy Road, whether they be hit-or-miss (spoiler: mostly miss). I mean, don’t get me wrong! We have gotten some good inspired ones out there. I’m talking about Looty Dungeon, Blocky Raider, Bouncy Bits, etc. But is Bouncy Tower good enough to join their ranks?

Unfortunately, the answer is no. At its core, Bouncy Tower is an uninspired arcade game that fails to engage the player in any sort of meaningful way to provide support to its weak core gameplay mechanics.

The main idea of the game is simple and it’s quick to pick up, just like Crossy Road. Instead of crossing the street, however, you bounce down a colored tower. Each part of the tower is a certain color, and your character is on a constantly changing colored block. Your job is to repeatedly chip away at the tower until the color of the tower matches the color of the block. If any of that was confusing in any way, trust me, it plays a lot simpler than it sounds. 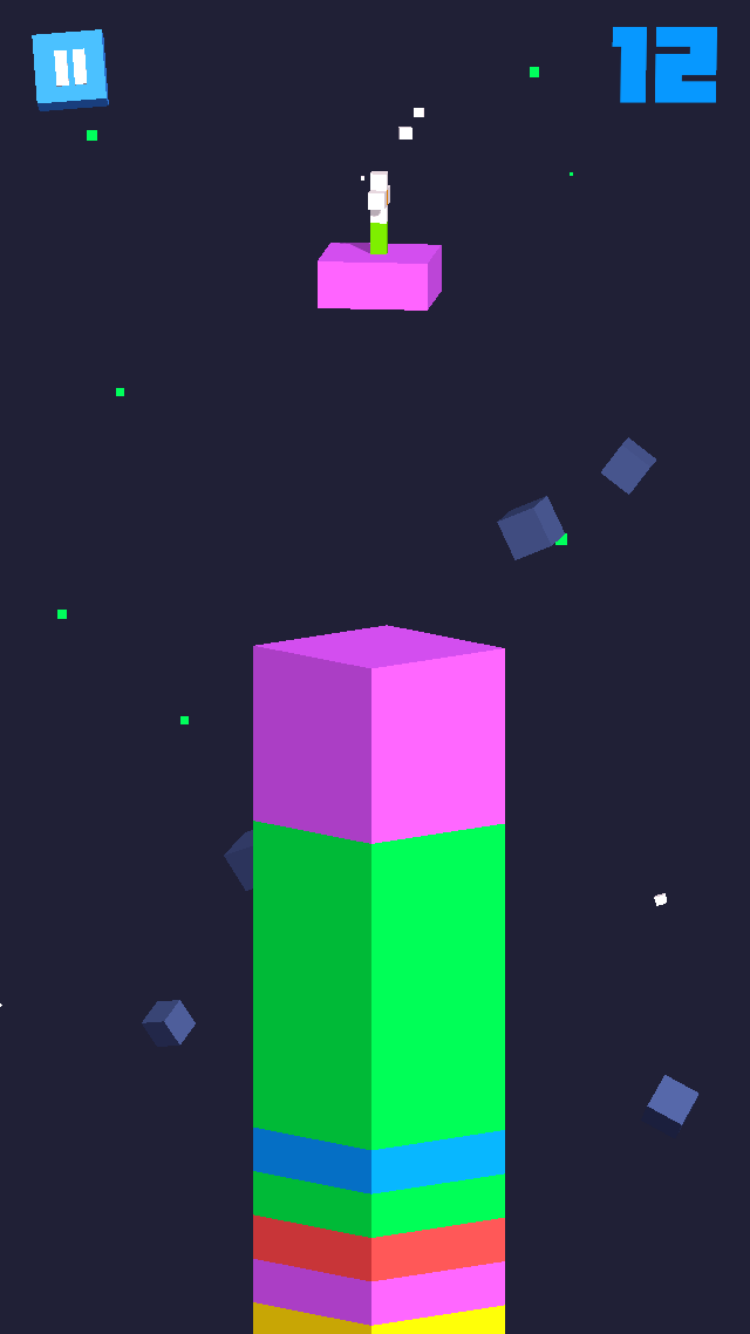 I just wish it played as fun as it sounded.

The first issue I had with the game was the jarring lack of music or appropriate sound effects. Crossy Road worked without music because there were always a constant amount of things happening paired with a constant stream of sound effects. In Bouncy Tower, however, it might as well take place in the inner depths of space, as a bland background and little sound effects accompany the bouncing of towers.

The graphics also failed to be compelling, which is an issue for a game with so little else going for it. The title menu is an excellent example, as its neon and rapidly flashing colors prove to demonstrate the unorganized chaos that pervades the game throughout:

Watching advertisements will allow you to unlock new characters, although you’re seemingly stuck with each new character that you unlock, as no option to change characters seems to exist. It either serves as a question of my intelligence or a criticism of the game’s UI design, which seems to abide by using buttons without accompanying text to create their menus. Imagine an iPhone home screen without any icon labels. That’s what navigating Bouncy Tower’s menus are like. 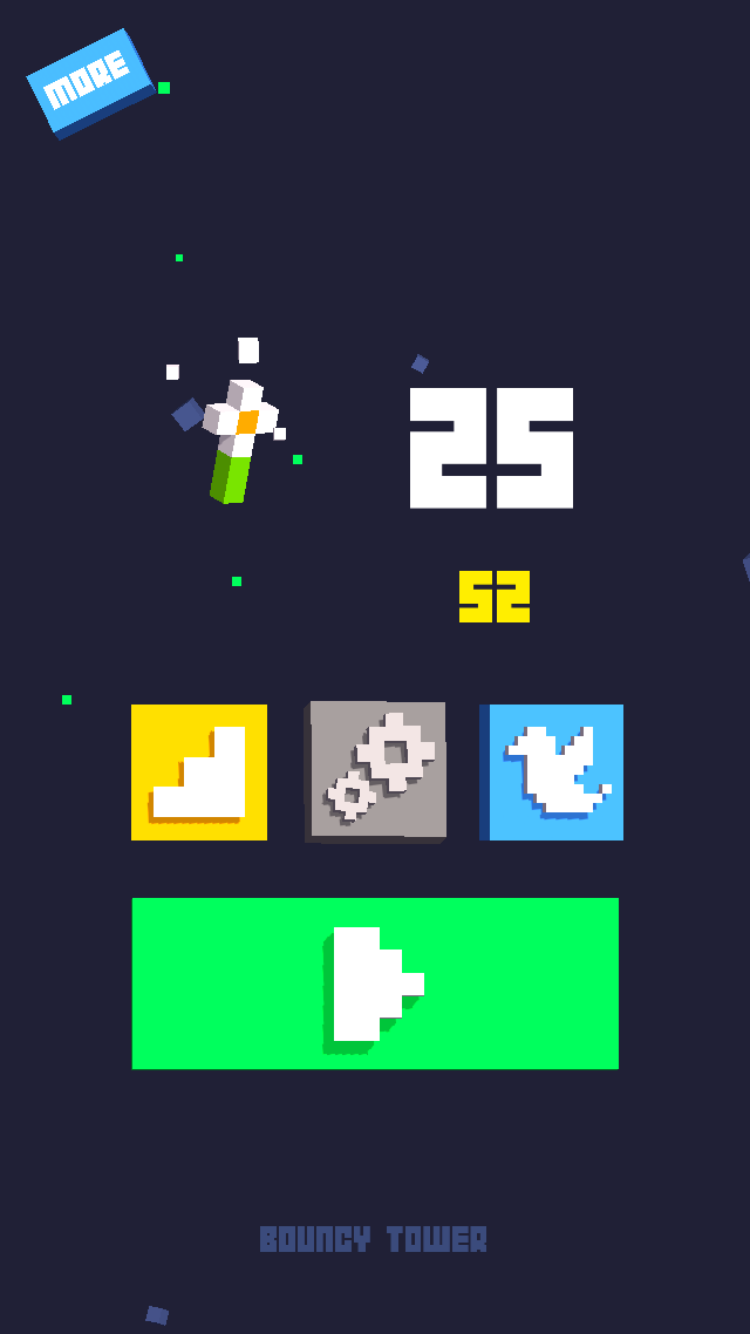 The point is that in the end, Bouncy Tower is a mess of a decent idea whose poor execution leaves players feeling disenchanted after a short while, even if they do manage to become addicted to its admittedly simplistic and fast gameplay. Bouncy Tower is a shadow of the heart that went into Crossy Road, a game which Bouncy Tower takes much inspiration from, but it ultimately fails to live up to the polish and replayability that made Crossy Road so great in the first place to play.

A budding university student who also happens to be a gamer, student, scribbler, and optimist. I talk about lots of things and I have opinions about everything. It’s nice to meet you!
@Asphelos
Previous Enyo: not a Perfect 10, Yo – Review
Next Stay With Us: common horror fare – Review