Audiosurf was all the rage back in 2008. It was a crazy rhythm game that built racing tracks around a music track which you chose from your own personal music library, and it tailored each track to the beats and baseline of each individual song while the player races across lanes collecting blocks that appear in sync with the music. It was undoubtedly a revolution for PC gamers everywhere. So what does that have anything to do with Riff Racer?

Well, as it turns out, it has a lot to do with it. At its core, Riff Racer is the mobile version of Audiosurf, and while it’s not the revolution that Audiosurf was when it launched, it’s just as awesome in its own right as a cool rhythm game that combines solid driving mechanics with the beats of your own music.

Be a little careful, though; when I first started Riff Racer, I had thought its gameplay style would be near on identical with that of Audiosurf. This isn’t actually the case, as it turns out that you’re actually driving on a race course designed to react to the music track, rather than being placed on a tiered track in which you move to the beat along the track. It’s a different kind of experience than I was expecting, and in ways, it’s a very good thing, because the tracks surprised me with just how well made they actually are. 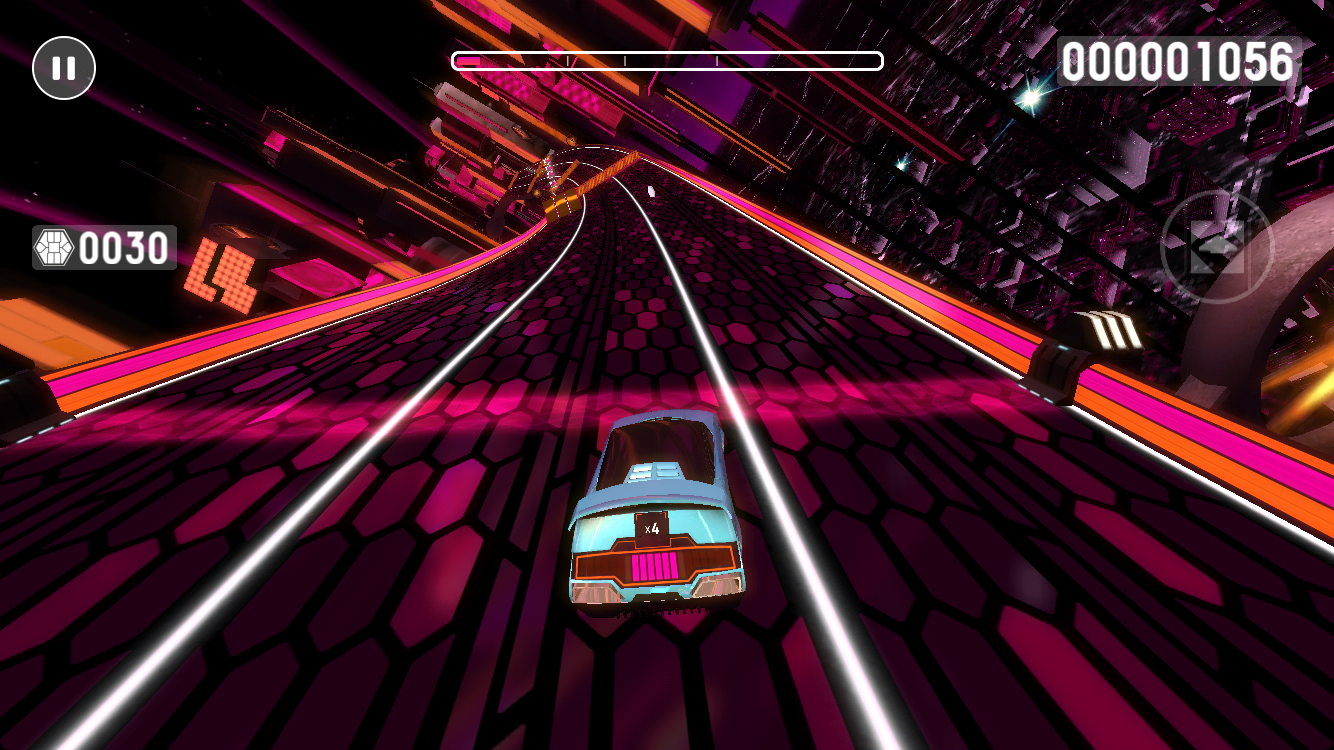 The racetracks are generated based on the structure of the music, as the tracks curve and end depending on the baseline, tempo changes of the song, and other factors. While you can choose from Riff Racer’s premade tracks, courses that other players have made, or even songs from Apple Music, the most exciting part is definitely using music from your own personal music library. Riff Racer’s tracks are divided into sections that change when the time signature of the song (if you don’t know what a time signature is, it’s essentially the “speed” of the song) changes, and the tracks are just windy and chaotic enough to make it feel like you’re racing the actual song — although your mileage might vary depending on the song you play.

Of course, there’s much more to Riff Racer than just a cool track to race on. As the player, your goal is to “stay in sync” with the track. Obstacles are placed everywhere on the track, and hitting any one of them causes your sync level to decrease. You’ll boost through stretches of the track, jump off of ramps, and occasionally drive off the edge of the track onto another one before you drift around a corner. There’s nothing new when it comes to the racing mechanics, but they certainly work well with the track design, and combined with a slick interface and a futuristic art design, the game just feels good to play. 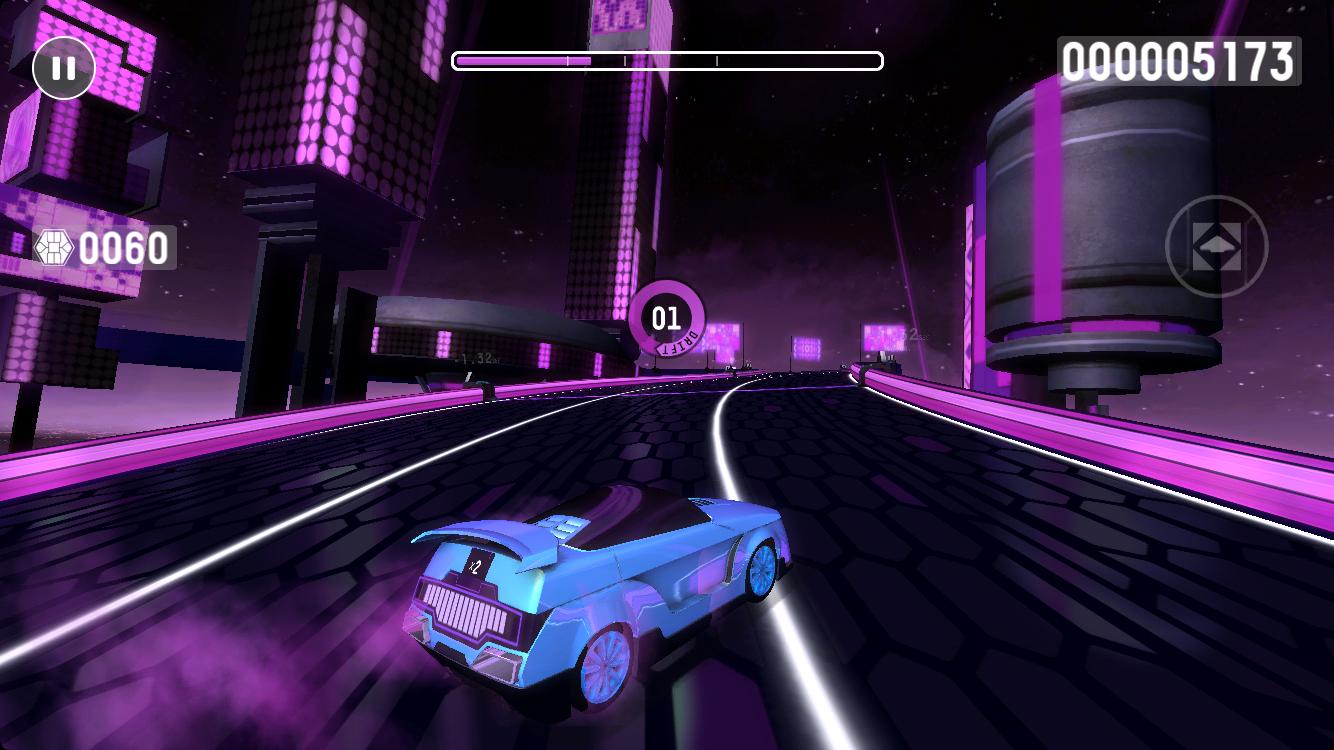 Despite my initial comparisons to Audiosurf, Riff Racer is an excellent game on its own merit, and crafts an identity that sets it apart both stylistically and mechanically from other games of its ilk. While the racing mechanics by itself might not be groundbreaking, the well-crafted tracks that bends to the beat of your music certainly makes up for any downsides Riff Racer might have, as the game does its best to assure you that each race will be just as musically exhilarating as the last.

A budding university student who also happens to be a gamer, student, scribbler, and optimist. I talk about lots of things and I have opinions about everything. It’s nice to meet you!
@Asphelos
Previous Mad Dex Arenas
Next Swings Minimons