Tinker Island: The Love Affair of a Tamagotchi and RPG – Review

In just over the two weeks I’ve played Tinker Island, I keep finding myself repeatedly coming back to the game again and again. It’s not that I can’t stop playing the game; in fact, it’s the fact that I have to stop myself from playing that makes me want to come back all the more.

That was confusing, but let me try to explain.

Have you ever used a Tamagotchi? It’s like this virtual pet simulator that was all in this egg-shaped device you could carry with you everywhere. You could send your pet to do a task, and you’d wait until your pet was done before you could send him or her on another task, and you’d essentially rinse and repeat, all while you form a bond with your pet in the process. It was a simple yet addictive experience that really took off in the 90’s when it was launched in Japan.

I think that the best way to understand Tinker Island is to think of it as a Tamagotchi-style game with light RPG elements infused throughout the whole thing. You’ve got your surprisingly deep plot, your wonderfully realized characters, and a charming progression system to tie the whole thing together. And the most surprising thing is? The fact that everything just works so well together. 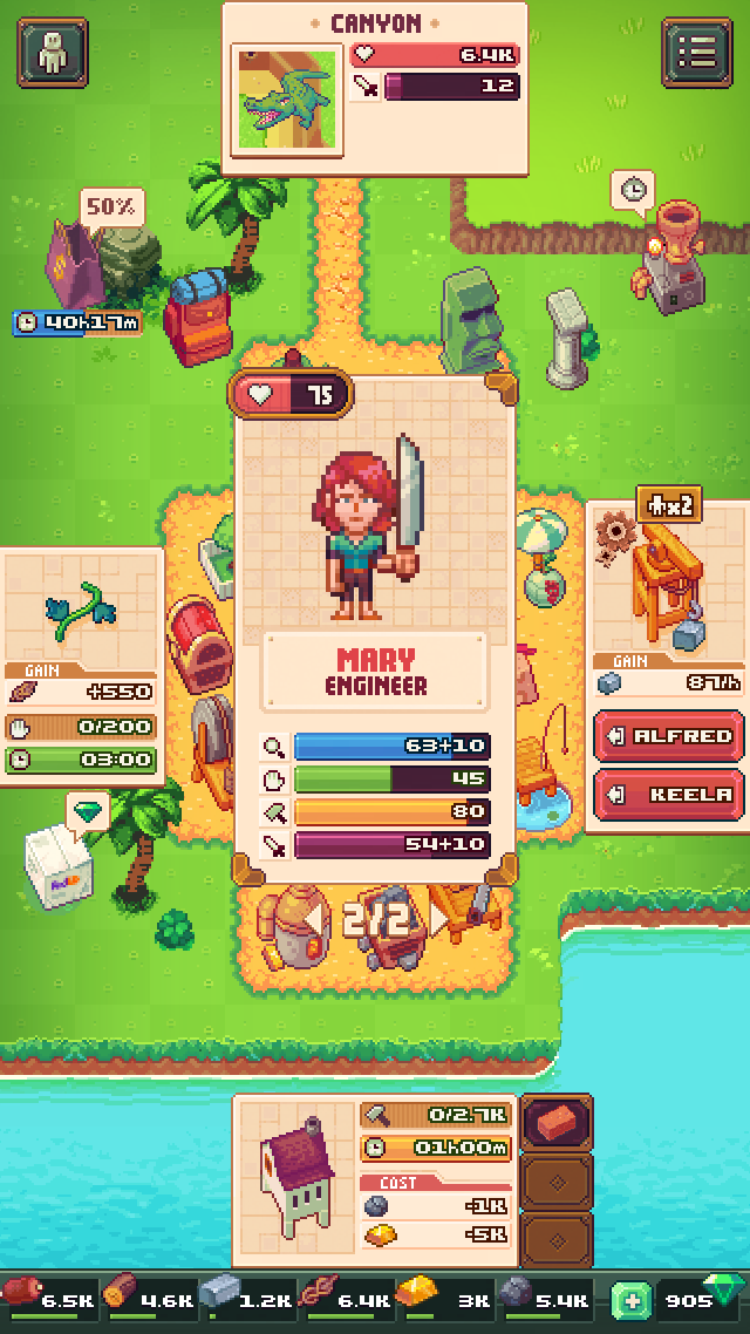 I think the plot is best to go into blind, so I won’t talk much about it here. Instead, one really awesome thing that really stood out to me in Tinker Island, something that I can’t find myself seeing again in any other mobile game, is the relationships you build with the characters. Each character has one name, so you’ve got your same-same Robert, Jane, Adam, etc., etc. While there’s initially little information that you learn about them once you begin, your connection with the characters begin the moment you assign each of them a specific task to do. Throughout the next couple of days, I had inadvertently assigned Robert as the unspoken leader, who would always investigate the island; Jane, his partner, would instead go build structures that would help the team explore the island; Adam, the ace, would eventually excel in foraging fruits and other materials that would aid in construction efforts. As I began to explore the island deeper and deeper, my relationship with the characters grew just as deep. Eventually, the game reveals a bit of backstory for each of the characters you travel with, and for each character that you take the time to learn about, you get the chance to modify their skills to fit your preference of how you want that character to be. Simply put, I’ve grown to love each and every character I travel with on my journey through Tinker Island.

On top of that, you’ve got an amazingly realized progression system that brings together the sense that the survivors are coming together on their own as they explore deeper into the island. Each upgrade is significant from the last, not just mechanically but visually as well. When I was just starting out, the only weapon I could build was a wooden club, which added a measly 10 points to a survivor’s attack skill. On the other hand, while I was playing yesterday, I had just unlocked the ability to build a laser sword with the ability to add 100 whopping attack points. The difference in each upgrade as they’re unlocked continually surprise me at every turn. 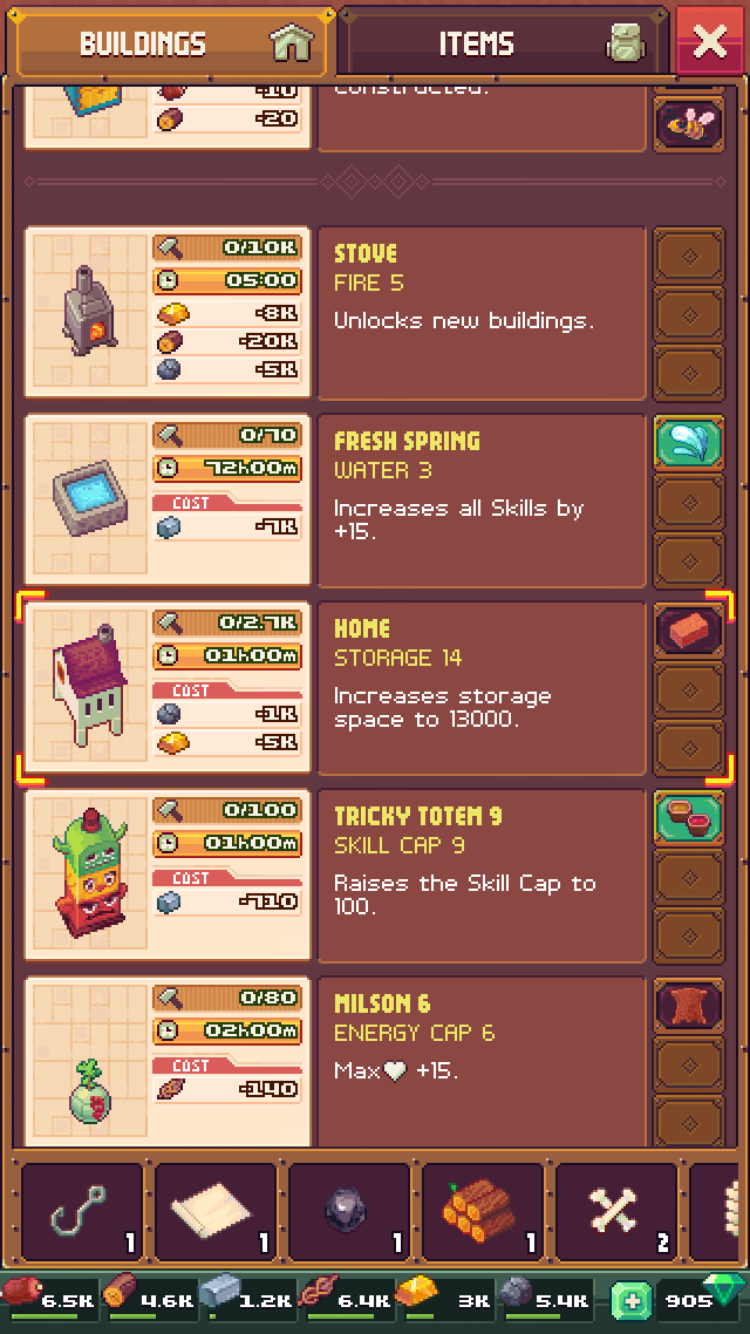 Even now as I finish writing up this review, I find myself reopening Tinker Island so I can check if my resident pet monkey and wolf were able to accumulate enough wood for the building of a bow for one of my survivors. The game lends itself beautifully to the player as an addictive game that just gets everything it does right. With cleverly-implemented Tamagotchi sim management, a playbook-style story, and a constant progression system, Tinker Island is just the game for you to get invested in a story and develop a strong relationship with the characters within — the amazing thing is about Tinker Island, however, is that you don’t always have to be playing the game to do so.

A budding university student who also happens to be a gamer, student, scribbler, and optimist. I talk about lots of things and I have opinions about everything. It’s nice to meet you!
@Asphelos
Previous Choices Stories You Play: Your Own Adventure! – Review
Next Atomic Super Lander: Chaotic, hard, incredibly fun – Review