Home / Reviews / Action / Drifty Dash: Drift And Dash Far Away From This One – Review

Drifty Dash: Drift And Dash Far Away From This One – Review

Drifty Dash is a hastily thrown-together game without any real polish or engaging gameplay mechanics to make up for its endless amount of faults. A clunky movement system, incredibly bland maps, and terrible AI make for a game that not only is uninspired in its ideas but fails to capitalize on them in any functional or exciting way.

One of the first things that make this apparent is the game’s incredibly long loading times. While sometimes these loading times are accompanied by appropriate loading screens, other times, the game will stall as it loads in the middle of gameplay, leaving me confused as to whether the game had frozen or if it were still loading (unfortunately, it was the latter). 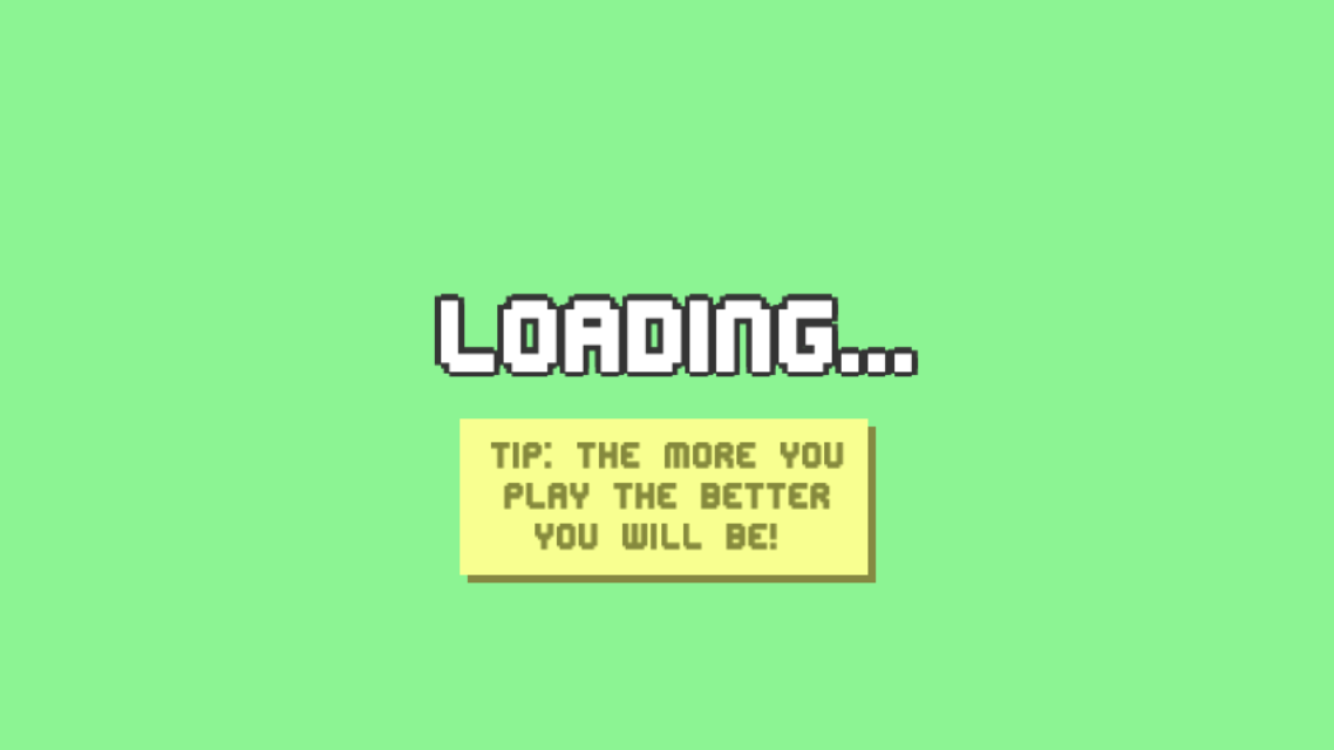 When I started up Drifty Dash for the first time, the first thing that greeted me was an advertisement for “Clash Royale.” As I started the Freeplay mode, I noticed the countdown that used uncannily-sounding Mario Kart sound effects, and the gameplay itself was oddly reminiscent of Grand Theft Auto, and not in a good way. All three of these things are part of a massive problem within Drifty Dash: its desire to use gameplay elements from very well-respected games and throw them in a pile together and see if they work, and the thing is: it doesn’t work. 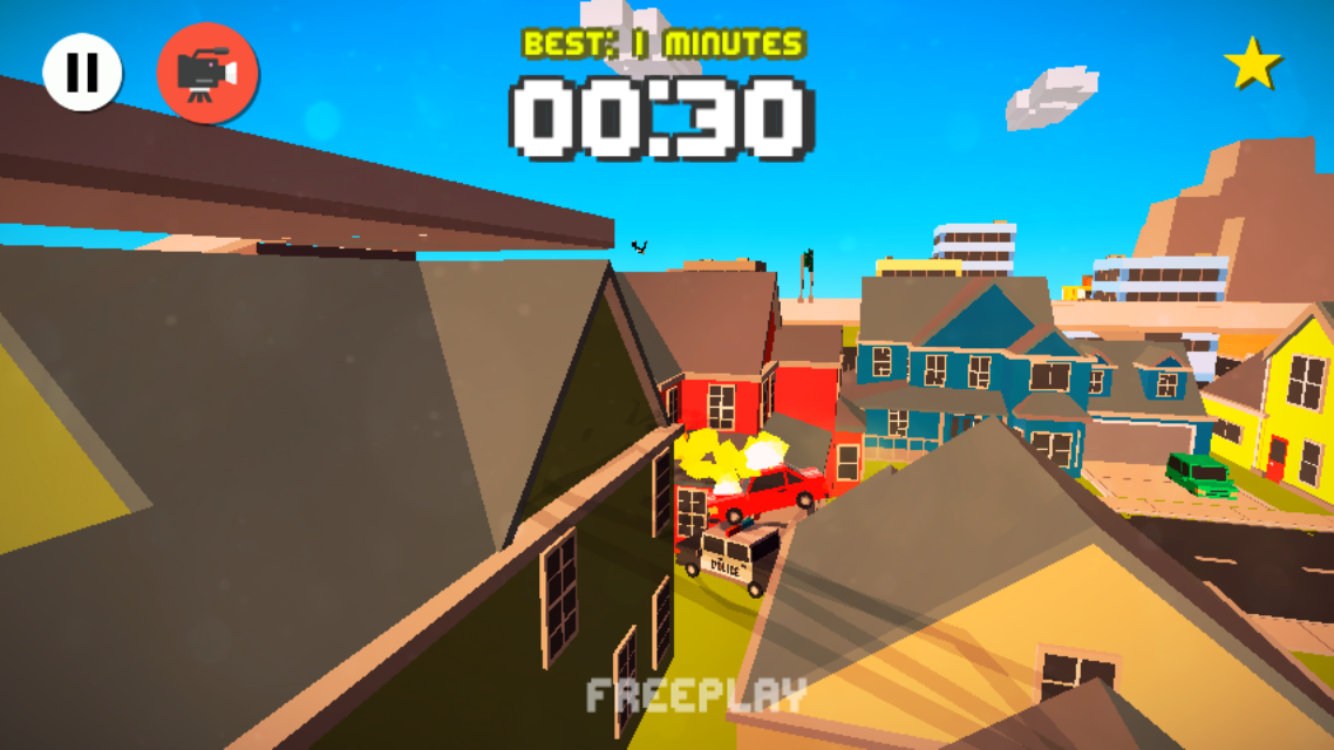 When you start the game, you begin playing as a generic red car, sometimes with a wrecking ball attached. For what purpose, exactly? I can’t really say myself. The wrecking ball doesn’t do any damage to the buildings around you, and they barely dent the police that immediately chase after you for doing nothing except driving around. As a casual racing fan, I was heavily disappointed when I found out that the police could catch up to you in the blink of an eye, rubberbanding all over the place as you chaotically do nothing in particular. The car doesn’t really drive; rather, it sort of “flicks” in whatever direction you move the touch stick in, and it just looks like a bonafide mess of chaos. That might sound appealing to, say, the Grand Theft Auto crowd, but in those games, it’s a much more satisfying mess. In Drifty Dash? It’s more frustrating than anything. 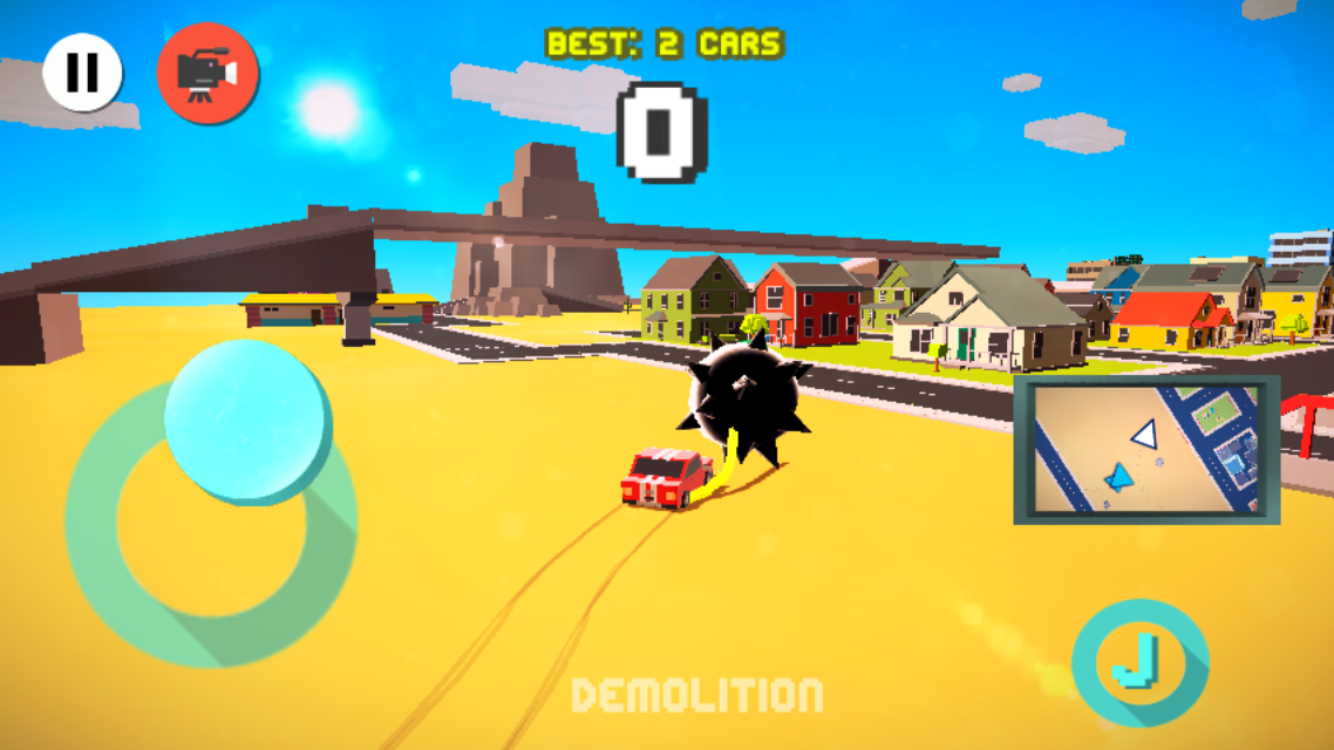 While people don’t like to talk about it very often, it’s not rare for a mobile game to be bad, and unfortunately, Drifty Dash is a prime example of such a case. It takes inspiration from so many games without realizing what makes those games fun to play, and it’s a mess of lackluster game design and an extreme lack of polish that ultimately leaves the player frustrated and upset, wondering why they even decided to try this out in the first place.

A budding university student who also happens to be a gamer, student, scribbler, and optimist. I talk about lots of things and I have opinions about everything. It’s nice to meet you!
@Asphelos
Previous SkullyDodge: Avoid the fires of hell – Review
Next A New Life : Choose Your Adventure – Review