Ya Gotta Piñata, a mobile arcade game, is a quick and fun diversion with irresistible charm and personality. The developer never fails to keep you engaged, carefully utilizing casual gameplay mechanics coupled with a cheerful aesthetic that manages to toe the line between being generic and over-the-top. I just have one small problem with the game, but I’ll get to that later.

As the main character, you play as Peppa, “the bravest of all piñatas,” as he saves his fellow piñata friends by touching them on the map and then escorting them to the dance floor, where you’ll gain points and candies, the game’s primary currency, by doing so. Each stage is set on a randomized floating island; other piñatas will spawn on the map, and the longer a game goes on, the more dangerous each child on the map will be as they seek out you and your friends. Any contact with the blindfolded children will mean defeat, so it’s best to avoid them as much as possible if you want to get a good high score and finish the level. 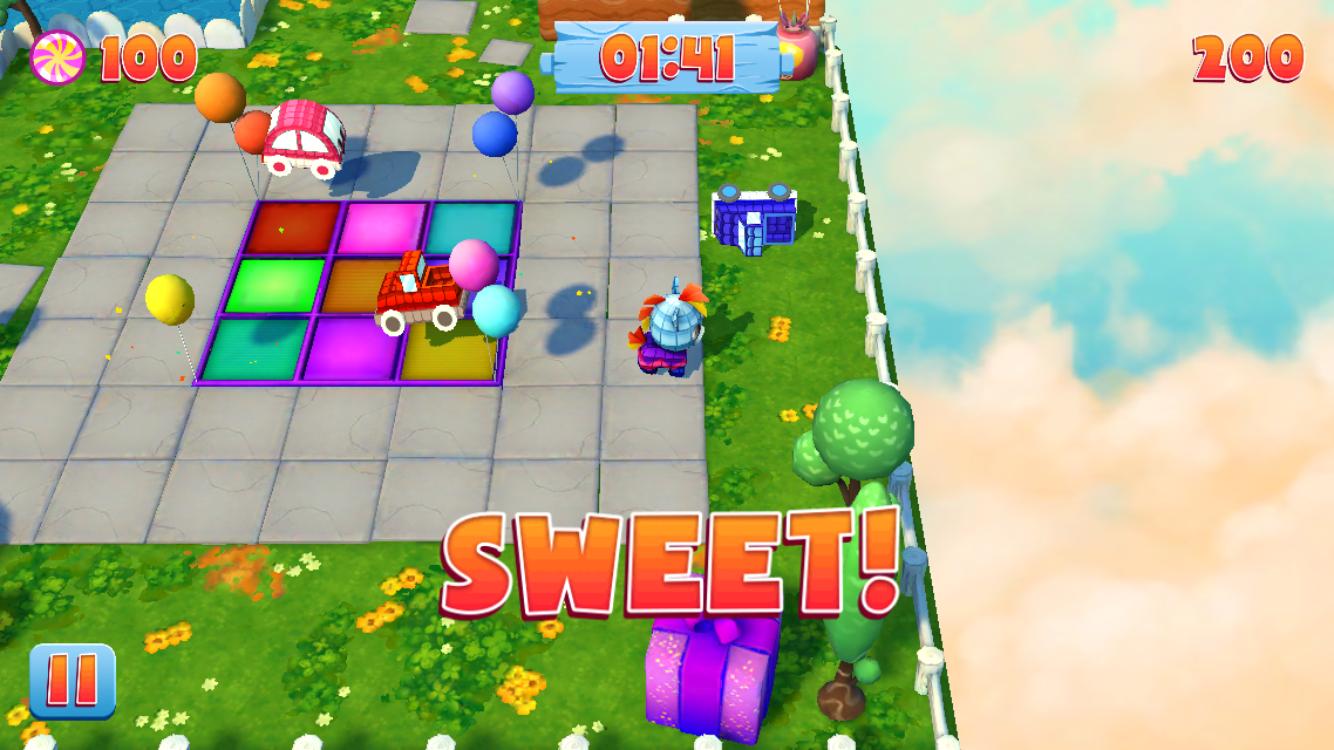 The graphics are cute and functional without being too cartoony, and each piñata has a distinct personality conveyed through their design that makes it exciting to see which kind of piñata will show up next. The music isn’t anything crazy special, but it’s enough to keep you invested in finishing each stage and varied enough to keep it from being monotonous. If anything, I feel like everything is well designed enough to accomplish each purpose they’re designed for — the gameplay, the graphics, the music, the UI, etc.

So then what is my problem with Ya Gotta Piñata? Well, frankly, I can’t really find a reason to come back to it. It’s a fun diversion that lasts for a long while each time I boot it up, but whenever I’m not playing the game, I don’t think, “Wow, I can’t wait to play Ya Gotta Piñata again.” It’s wild. 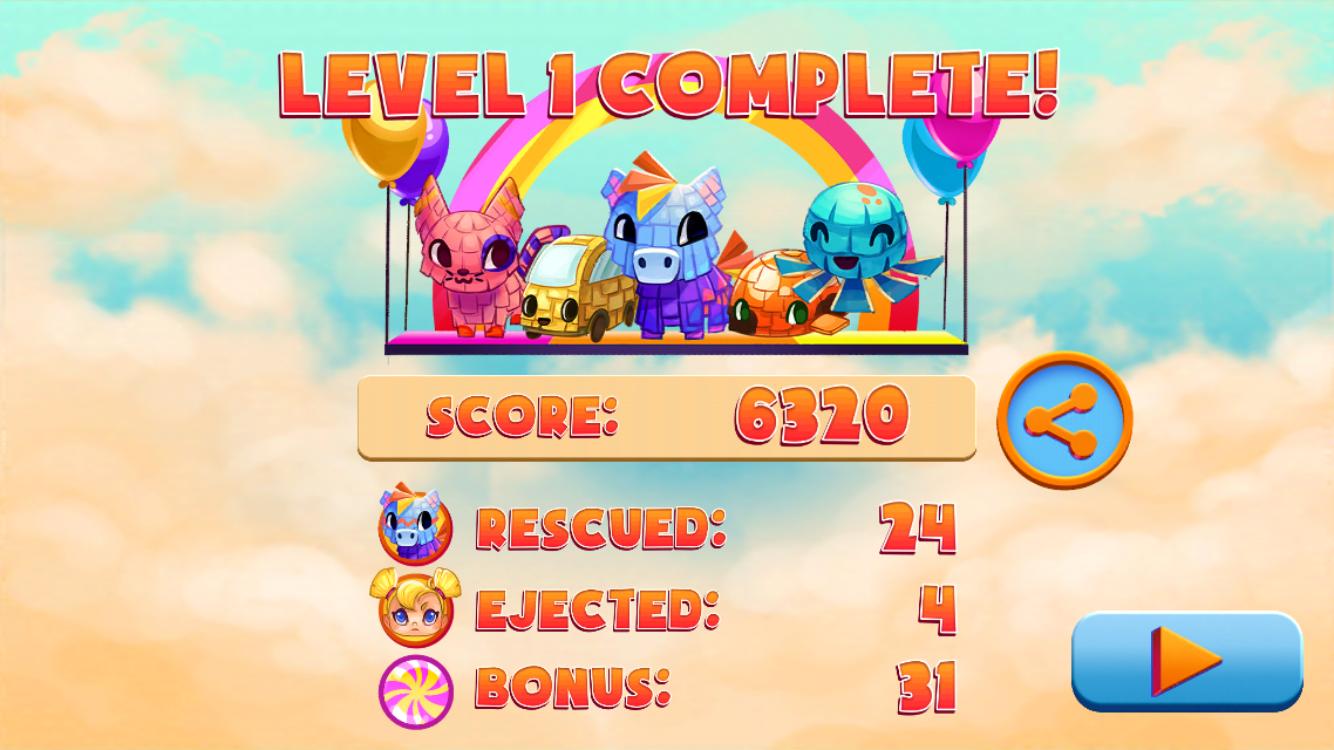 I think the problem is just me, a guy who is simply not into the arcade genre as a whole. There’s no problem with the game itself, which I believe from an objective point of view to be a generally good game. But if you’re not already a fan of the arcade genre, then you’re not going to be blown away by Ya Gotta Piñata, unfortunately. There is a sort of progression system in the same way Crossy Road has a progression system in the way of unlocking new characters, but there’s no story to speak of. Considering its genre, it’s not a problem, but if you’re looking for something deeper, you won’t find it here.

With so many little faults, I have to recommend Ya Gotta Piñata to any arcade fan out there. It’s a charming little game with a great cast of characters and an even better premise which all culminates in a highly enjoyable experience each time I play the game, but it’s nothing revolutionary. It’ll tide you over for as long as you can stay engaged, but if you want something deeper than that, then I’m afraid you’ll have to look elsewhere.

A budding university student who also happens to be a gamer, student, scribbler, and optimist. I talk about lots of things and I have opinions about everything. It’s nice to meet you!
@Asphelos
Previous Get 13: A Game for Puzzle Lovers – Review
Next Mars: Mars: Platform jumping adventure – Review